Tesla could become the largest company in the world. Even reaching a stock market valuation higher than the rest of the companies in the world together. The reason is that one of his projects is a humanoid robot called Optimus (or Tesla Bot), which could become the most purchased product in the history of the humanity. Imagine having a robot at home that cleans your house, prepares your food, or even goes down to buy. We would pay real bullshit money to have something like that. The price of such a product could easily equal that of a car.

There is a reason why functional humanoid robots have not yet been built. We might think that it is very difficult to program a machine that cooks or cleans a house, but that is not exactly the reason. We already have many computer games where complex operations are performed. For example: leaving the house, calling the elevator, waiting for the door to open, getting into the elevator, pressing the down button, waiting for the door to open again, and leaving. These operations are easy to program: at least their logic. However, it has not yet been possible to implement this in a robot that operates in the real world. The reason is not the action logic, it’s not too complex, but making the robot see and “understand” the environment: this is very complex. For a robot to know what a knife is, to identify it and to position it in space, is very difficult: but once this is solved, making the robot take the knife and use it to cut is simple.

Tesla is already developing information systems that manage to “understand” the environment. In the first Tesla Day we could see how the AI ​​processing engine could identify (and remember) all the elements that the car cameras collected : vertical or horizontal traffic signs, curbs, cars, trucks, vans, people, cats, dogs. Everything is identified and recorded in a computer memory where a 3D environment is built (as if it were a game). This 3D world model is used by another AI algorithm more akin to how a game decides next moves. Thanks to this real-world simulation, Tesla system can make decisions based on driving needs: when to stop, when to accelerate, when to turn. This second system is practically identical to that of computer games, systems like those of driving simulators, it is the same decision-making system. In other words, the Tesla car computer contains at least two systems: one that interprets the signals from the car cameras and builds a 3D world emulating reality, along with a second system that uses that virtual world to make decisions.

By the time you can identify everything around the robot, and build a virtual world from that information, the rest should be easy. In fact, many of these move decision algorithms are already solved in many computer games. The difficult thing, when a robot prepares your food, is not the decision algorithm that determines what movements to make, but knowing how to identify in the real world where the knife is, where the eggplant, where the pan, and even where and in what position the robot itself and its hands are located. Once this positioning is solved, the rest of the robot should be straightforward. And the truth is that Tesla has already solved this, at least with his cars. This is how Tesla Autopilot works.

Aside from building this Tesla bot, there is a business valuation issue that we need to understand. What makes a company valuable may seem to be the volume of sales or the amount invoiced. But the reality is that the value of a company comes from the relationship between its expenses and income. The greater the difference between what a company invoices and its production costs, the greater its value. Companies like Apple, Alphabet, Facebook are valuable because they make huge profits per employee. Apple manages to earn more than 1 million dollars for each hired employee. The most valuable companies today are not actually the largest, with the most sales and employees, but those with few employees that can have high incomes. The main expenses of these companies come from the hiring of highly qualified employees, expensive to hire but very productive: a few engineers can serve millions of people around the world, and this is the reason they are so productive. 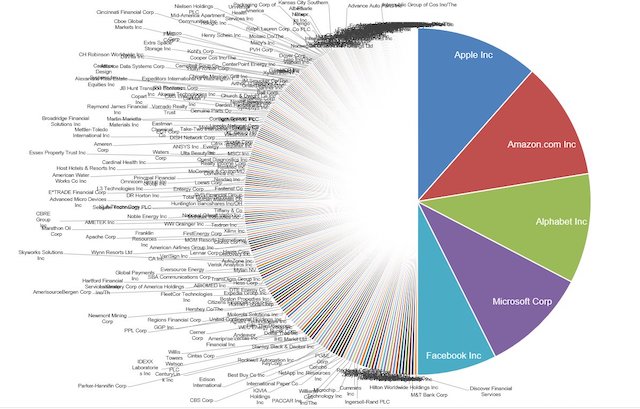 With the Tesla bot you can have a squared productivity per employee. The reason is that once the first robot is built, it could work for Tesla itself, making those engineers who have built these robots become the most productive on the planet. 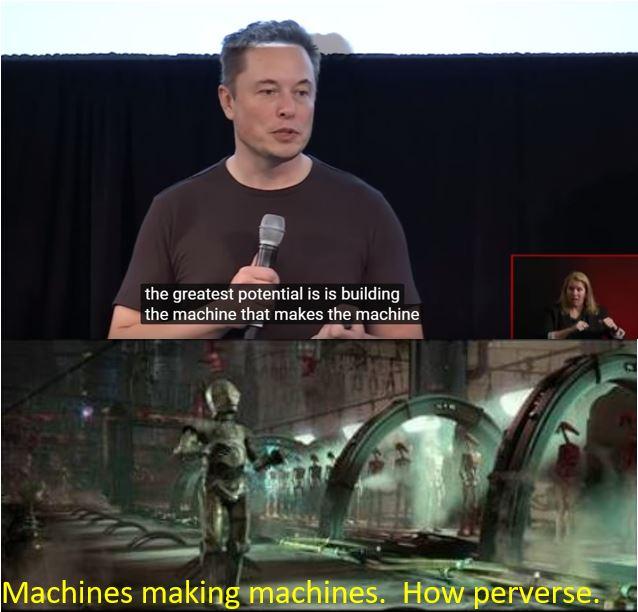