We live in an increasingly false world, where propaganda is confused with reality. The world of global communication networks promised us a better informed world, but it has brought us the golden age of propaganda. The rise of the media has opened up new sources of self-interested information: Putin and his war, big corporations and their economic interests, political parties and their lust for power. Everyone seeks to put into your head ideas convenient to their own interests. After all, advertising is propaganda designed to put in your head what the advertiser needs. Centuries ago we realized how easy it is to introduce a new false idea to a person, and how difficult it is to disabuse that same person afterwards. That is why there is so much interest in controlling the media.

Even the media themselves use propaganda to force companies to pay for advertising, as happened in the case of Ryanair. This company was attacked by the media with negative articles: describing all the problems, complaints and accidents of this airline. They only spoke badly of Ryanair, however the rest of the airlines did not suffer the same harassment, despite causing the same type and number of problems. These attacks ended as soon as Ryanair began paying advertising to the same media that reviled it.

The same seems to be suffering from Elon Musk. In one of his tweets he denounced a campaign of harassment by the media, and for the same reason from Ryanair, because not paying advertising. 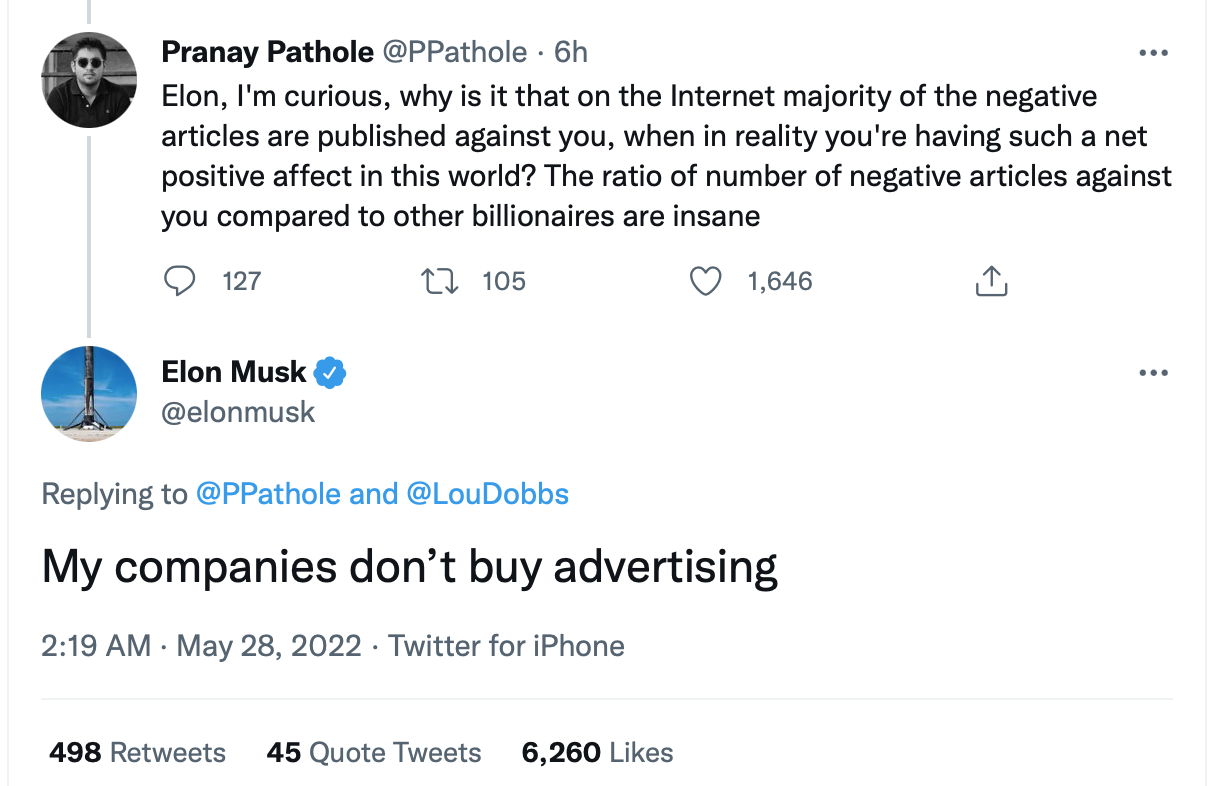 All this has consequences invisible at first sight. One of them is that we are assuming that we live in a false world, because little by little we are seeing massive manipulation. This causes distrust, because we can no longer trust anything, or anyone. This lack of trust can make our lives poorer (economically and socially), because we humans need to trust each other. It would be impossible to go to a restaurant without being able to trust the cooks. Just as we could not go to buy anything without trusting vendors and producers: neither associate, nor set up companies, not even families.

Another consequence of this false world is hypersensitivity to inconsequential issues: such as the use of pronouns or the opinions of others. However, the really important things, like respect for institutions, freedom of expression, judicial independence, impossible promises from states, seem to be of no interest. It was commented on by David Polansky in a tweet.

Our only salvation from this abyss of deception is authenticity: being frank, open and uninhibited. I may be wrong, but I believe in Elon Musk. I believe in his loyalty to his principles and values: it is to a great extent the secret of his success. However, appearances are a zero-sum game, as status: for one to win, other has to lose. We see it in the false world of politics, universities and journalism, they are all status games that do not contribute to society. Being authentic is how Elon has managed to attract people who really want to contribute, people who want to be around great, productive and creative people. This is the secret of his success, because it is impossible to achieve what Elon Musk has built without being surrounded by a lot of really good people.

Authenticity wins in the long term, even if it loses in the short term; and the long term always ends up arriving, without exception.